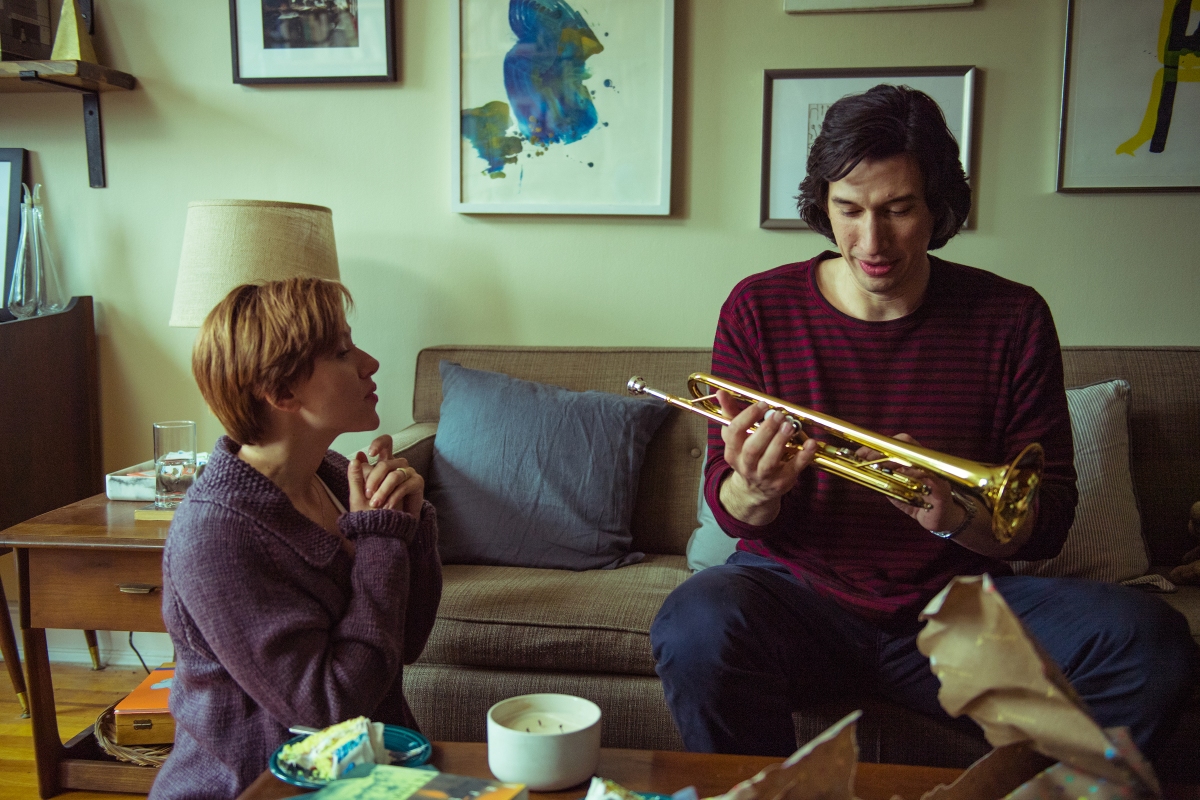 “Marriage Story,” Netflix’s newest offering that finds the life-traipsing of writer-director Noah Baumbach at his most soulfully devastating, begins with a pair of monologues from the couple at its center played over scenes from a marriage. You may remember snippets from the trailers – she loves that he’s brilliant, he loves that she’s brave – but some details are missing. Who are these things being said to? Who are they being said for?

The questions are answered early. And, well…it’s complicated. But if you think those mirroring floods of compliments are Charlie and Nicole at their most honest, prepare to be emotionally walloped by “Marriage Story”—one of the very, very best movies of the year.

It isn’t a spoiler to say “Marriage Story” ends with divorce, but this is largely, and marvelously, unlike most divorce movies you’ve seen. It’s certainly not like Baumbach’s own “The Squid and the Whale,” a thornbush of a film in which every other caustic remark rocketed between members of the Berkman family is intended to do maximum damage. In the story of Adam Driver’s Charlie and Scarlett Johansson’s Nicole, whose mutual vow to keep an initial, seemingly amicable separation free from the tentacles of lawyers is doomed from the start, Baumbach trades in causticity for the infantile inexperience of two people navigating new waters of love and life as they become uneasy participants in contemporary structures meant to pit them against each other. It’s a key choice by Baumbach that Charlie and Nicole aren’t out to make enemies of themselves, and it’s not just for the sake of their son. The auteur is exploring something more heart-wrenching and universal: If we give ourselves completely over to another, what could possibly be left of us when they’re no longer by our side? END_OF_DOCUMENT_TOKEN_TO_BE_REPLACED

In the new Netflix animated movie “I Lost My Body” (“J’ai perdu mon corps” is the original French title), there’s always a higher place to get to—a higher social position, a higher sense of self-regard, a higher state of connection. It is true of the socially-trapped Naoufel coping with the loss of his parents after a mysterious tragedy, and it is true of his severed hand that we see come to life before beginning a perilous journey through the city, fending off sewer rats and dodging high-speed traffic as if David Cronenberg had directed “Honey, I Shrunk the Kids.”

Director Jérémy Clapin’s strangely mesmeric movie – the best animated offering of 2019 – casts a sentimental eye towards its absurd premise, but “I Lost My Body” isn’t out to exploit its handtagonist. There’s no grisly bone fragments in sight, no streak of blood that trails it. In a month when one of the most highly-anticipated (highly-dreaded?) movies is about anthropomorphic dancing cats, it isn’t the images of a sentient hand that’s strange; it’s Clapin’s blasé attitude toward it, as if it were a child separated from its mother. Surreally, that sentiment may not be too far off.

What happened for Naoufel (voiced by Hakim Faris) to lose his hand? We inevitably learn the grisly details, but they’re not too important. What is vital is the aching sense of longing that’s manifested through the delicately-animated movements of one of the human body’s most delicate parts. END_OF_DOCUMENT_TOKEN_TO_BE_REPLACED

Following the tempo of the brooding masculine personalities at its center, David Michôd’s “The King” is 140 minutes of purposeful mundanity; a movie about the façade of rightful rule, rooted both in Shakespearean works and in history, with a cinematic pulse that rarely quickens to the level we’d expect of sword-and-chainmail epics. Betrayals, battles, duels, triumphs, death—Michôd’s movie takes on all of it, but with an attitude so straight-faced that you could mistake it for a lack of interest.

As sure as I am that I’ll forget about “The King” by next week, I don’t think Michôd is uninterested in the story of King Henry V’s rise so much as his desire to subvert genre norms – the stuff of rousing speeches and emotional crescendos topped with brutal acts of violence – overwhelms anything that is particularly memorable about his new Netflix movie. There’s a reason Mel Gibson’s guttural “FREEEDOMMMMM” scream has endured; for better or worse, Michôd doesn’t intend to have any part in creating that same thrill of high-stakes drama, where the results become the stuff of myth, within the movie and without.

His movie – which he wrote in collaboration with Joel Edgerton, who also has a role in the film – is instead trying to be more poignant in nature, if poignancy could be equated with grimy battlefields and the occasional beheading. END_OF_DOCUMENT_TOKEN_TO_BE_REPLACED

[An edited version of this review was initially published on The Playlist, and can be viewed here.]

What most people might expect to be a source of endless riffing – or, at least, what I expected – in Netflix’s “Murder Mystery” is something the movie never really acknowledges, let alone uses as a punchline. Adam Sandler and Jennifer Aniston, America’s eternal schmuck and its ageless beacon of beauty, playing a couple of 15 years? “Surely there’s gotta be some joke in there,” I kept thinking to myself over its 100ish minutes.

There isn’t, and in a movie that uses nimble meta fingers to play around with Agatha Christie tropes in contemporary Europe, I’m not sure whether the hesitancy to poke fun at “Murder Mystery’s” most eye-catching detail is a result of restraint or a missed opportunity to dive further into the goofier personality of a movie that has too many of them to ever feel cinematically unique.

Essentially, that mystery defines watching “Murder Mystery,” an experience that’s perhaps as amusing as we should expect, given its platform and lack of real surprise. Netflix has ushered in a world where the decision of what new movies to watch is as low-stakes as ever, and if “Murder Mystery” – a movie with lots of homicide and a couple on the run from the law in a foreign country – is triumphant about one thing, it’s its complete absence of stakes. END_OF_DOCUMENT_TOKEN_TO_BE_REPLACED

For a story about a grotesque man who committed grotesque acts under the gilded, media-perpetuated sheen of confident innocence, there’s strangely little of explicitly grotesque nature to be found in Joe Berlinger’s “Extremely Wicked, Shockingly Evil and Vile.”

You certainly wouldn’t use “grotesque” to describe Zac Efron before watching him apply the ostensible charm of one of history’s most notorious serial killers, Ted Bundy, in the new Netflix film. The casting is tongue-in-cheek, as well as an excellent decision on pretext alone; the former preteen heart throb (is he still?) has such an eerie resemblance to Bundy that it’ll make you want to compare family trees. END_OF_DOCUMENT_TOKEN_TO_BE_REPLACED

Arena lights are off, locker rooms are empty and primetime TV slots are dotted with holes.

We don’t have to be told that explicitly in Steven Soderbergh’s confidently insightful new film “High Flying Bird”. Curiously empty New York City sidewalks and forlorn attitudes tell us what we need to know: Professional basketball games are at a standstill amid a lockout, something seemingly as inevitable as the rising sun or a Russell Westbrook triple-double grinding to a halt. (Translation: Team owners and players’ representatives can’t come to an agreement, putting on-court action on hold.)

But a whole new kind of battle is underway, one the film touts as “the game on top of the game.” And it’s a game that Soderbergh and screenwriter Tarell Alvin McCraney take a magnifying glass to, exposing the centuries-old racial systems that labor relations in pro sports leagues are powered by.

In the hands of a director with trademark kinetic swagger and a screenwriter just two years removed from winning an Oscar for “Moonlight” and channeling his inner Aaron Sorkin, watching the politics of a basketball league (that is essentially the NBA in all but name) play out at a nonstop, infinite dribble is a joy. “High Flying Bird” is like being in a game of pickup where the stud you’re defending tells you exactly how he’s going to score on you, yet you’re still amazed when he pulls it off.

END_OF_DOCUMENT_TOKEN_TO_BE_REPLACED 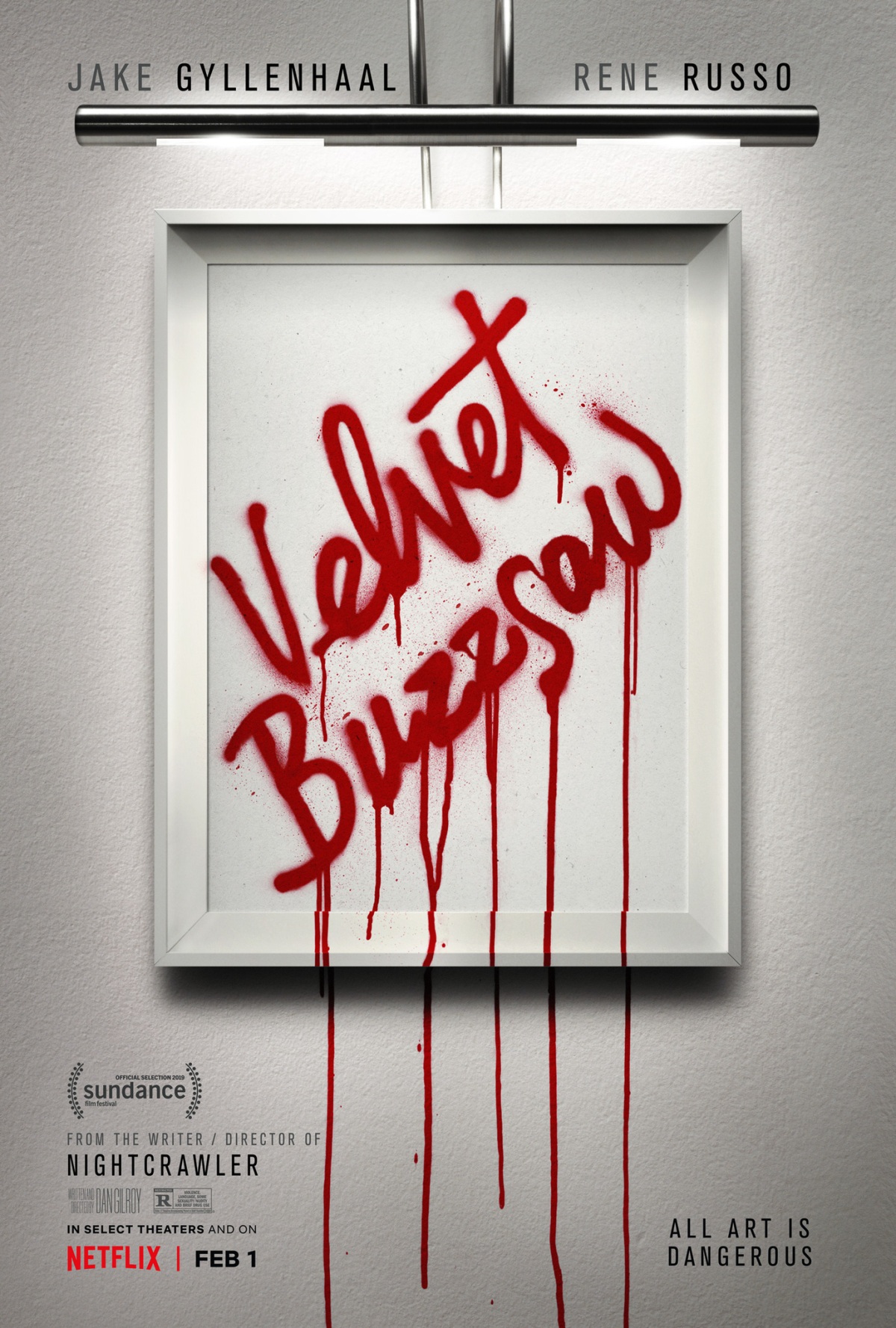 It’s also, eventually, a channel for horror, bloodshed and shlock. The contrast isn’t accidental, and the transition happens nearly as fast as it took you to get to this paragraph from the one above.

The general absence of subtlety in Gilroy’s film, a contemporary art-market satire drunk with a few drops of cinematic absinthe, makes parts of “Nightcrawler” feel like a PBS documentary. For better or worse, hyperbole is a way of the world in “Velvet Buzzsaw,” and even more so as it reaches the realm of violence. “I think sober hasn’t been good for him,” Jake Gyllenhaal’s faux-elitist art critic utters at one point. “Velvet Buzzsaw” doesn’t think so either.

END_OF_DOCUMENT_TOKEN_TO_BE_REPLACED

An edited version of this review originally appeared on thecriticalcritics.com, and can be viewed here.

The documentary genre experienced a bit of a resurgence in 2018. Capitalizing on that, Netflix is swooping in at the start of the year with another original deep-dive of their own, this one concentrated on the events leading up to, making up and resulting from 2017’s Fyre Festival fiasco.

And like the organizers of the now-infamous, titular luxury music festival in the days leading up to their tropical oblivion, Fyre has a lot of things on its mind.

You’re most likely familiar with the story — a 20-something entrepreneur and Ja Rule collaborate to put on the party of the decade to disastrous ends — and director Chris Smith knows it. Fyre begins with the assurance that if you clicked “Watch Now,” it’s not because you’re unfamiliar with the greatest party that never happened, as reads the film’s tagline (and world’s most concise obituary). It’s because we can’t wait to revel in watching a disaster unfold.

And unfold it does, in what is a story of superlatives, the kind of narrative aesthetic that exists as its own advertising campaign: Sky-high sums of money, the world’s most sought-after models, proclamations of “first time ever” and “never again.” It’s a party documentary if there ever was one, where the fun of watching and the twisted ecstasy of sharing in an increasing sense of disbelief is amplified with friends. END_OF_DOCUMENT_TOKEN_TO_BE_REPLACED