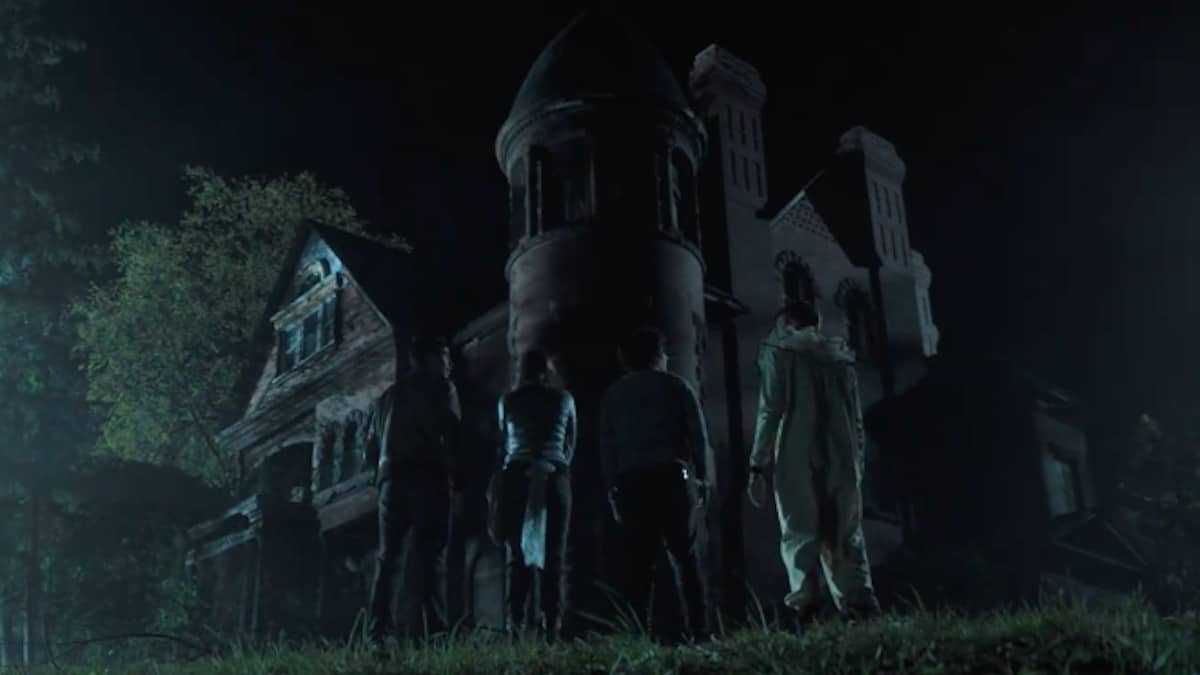 From its opening moments, “Scary Stories to Tell in the Dark” takes the nightmarish bluntness of its title – also the name of the yestercentury horror anthology series that inspired it – to heart, painting with broody aesthetics a late-1960s suburbia ripe for treachery, murder and spooky goings-on. Much in the vein of Guillermo del Toro, that master of the macabre and dark fantasy here lending his post-Oscar victory hand as producer, it’s a touch of the supernatural that brings the terror lurking underneath beds and in the twistedly imaginative minds of young children to the fore.

I didn’t have the experience of staying up all night fervid and sweaty after reading the novelettes the movie is based on, but judging from the legacy of a series that managed to puncture pop culture in a slightly darker vein than “Goosebumps,” this André Øvredal-directed adaptation is a more or less faithful recreation of its more intimate brushes with terror, of the isolation in anticipating some neglected evil incarnate that has its sights set on you and only you (the familiar concept of “It Follows” may owe something to Alvin Schwartz’s imagination). Early on in “Scary Stories,” however, these frights – appropriate as a supposed gateway horror for younger audiences, but it’s not like many of them won’t also be absorbing the upcoming, much more sinister “IT” sequel – barely function beyond the borders that contain them in specific scenes. END_OF_DOCUMENT_TOKEN_TO_BE_REPLACED

Ask any 20-something who absorbed the rings, spells and talking lions that dominated fantasy cinema – and, in some of those years, outright cinema – in the aughts, and they’ll tell you their cultural upbringing involved stories of companionship, fortitude and self-discovery pervading some of the medium’s most imaginative worlds.

I would know; I’m one of them. The adaptions of Tolkien, Rowling and Lewis achieved new standards for the fantasy genre, particularly in the case of Peter Jackson’s “Lord of the Rings” trilogy, an enticing gateway drug that demolished what we previously thought of as large-scale action in film, even as we were maybe a few years away from discovering film film.

Joe Cornish, the writer-director of “The Kid Who Would Be King,” realizes that too. In his modern retelling of the age-old tales of King Arthur, Merlin and the Knights of the Round Table, he uses the archetypes and fantastical flourishes found in “Lord of the Rings,” “Harry Potter” and “The Chronicles of Narnia” not just as influence, but as the recipient of a love letter to those films that made statements with critics, at box offices and in the larger history of cinema. END_OF_DOCUMENT_TOKEN_TO_BE_REPLACED