11 years ago, amid what society at large (including The Hollywood Sphere™) had for years deemed the “movie calendar’s graveyard shift,” a comic book movie burst onto the screen.

There were no superheroes in it. Six-packs, absolutely, but no genetically altered physiques housing superior, moral objectivity or superhuman wit. In other words, it would be another year before the birth of the Marvel Cinematic Universe. The character of Iron Man was about as familiar to the mainstream moviegoer as a contemporary Oscar contender released before March — aka, not very familiar. But, more on that later.

The movie I’m referring to is the uberviolent, uberlubricated “300.” The only still-relevant aspect a decade later is its (over)reliance on CGI as an innovated form of box office-busting, audience-driving weaponry.

(And no, I won’t hear your argument that Gerard “Sure I’ll Sign Up For Your Generic B-Movie Action Flick That Won’t Make More Than $30+ Mil Opening Weekend” Butler has remained relevant.)

Virtually transplanted for the screen from its comic book roots in a way that somehow didn’t constitute plagiarism, “300” transported audiences in a way few films had up to that point. More importantly, it transported them at a time when virtually any film of its kind didn’t dare to.

END_OF_DOCUMENT_TOKEN_TO_BE_REPLACED 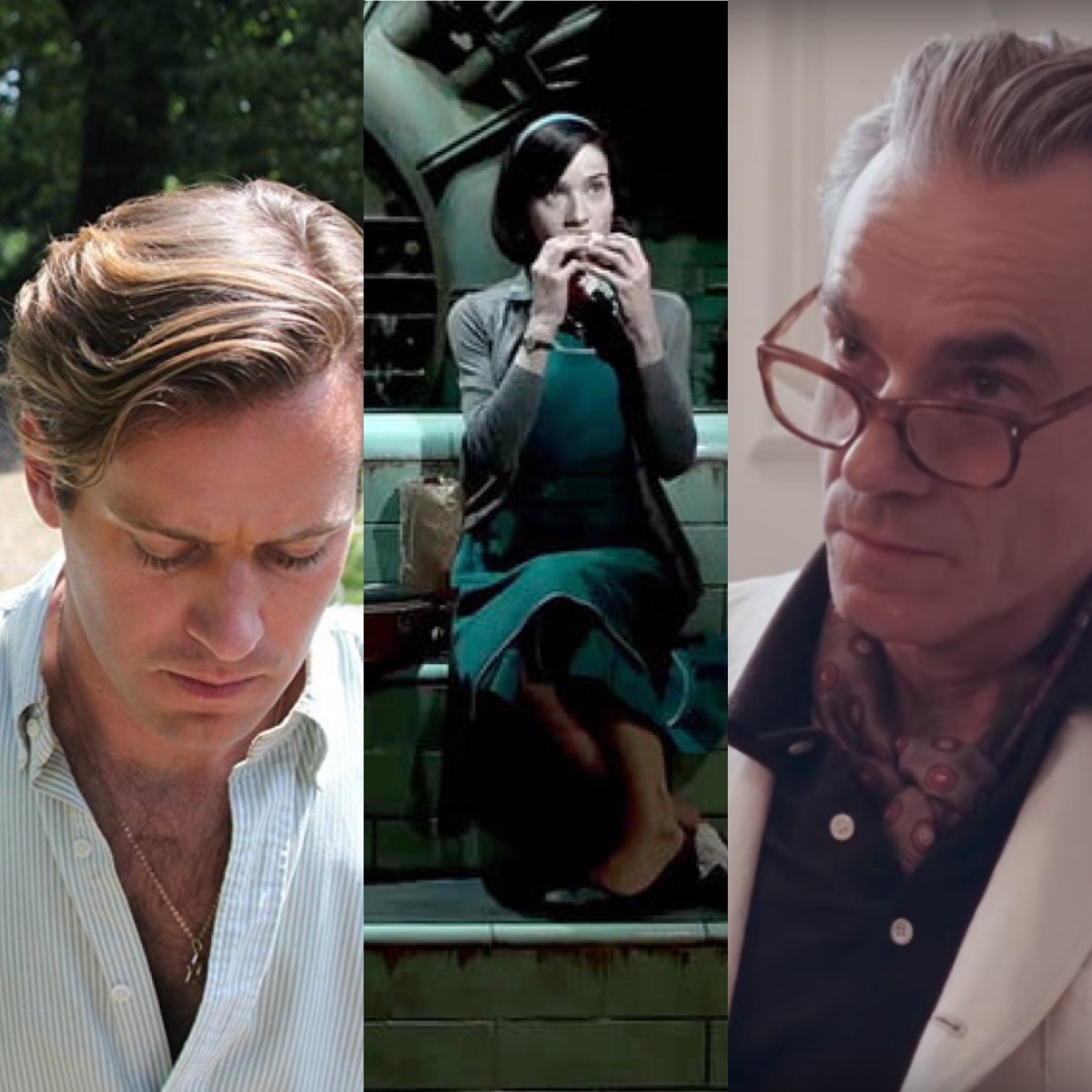 With a few weeks left before what has quite loudly morphed into the most unpredictable Oscars in years, it’s finally time to take stock of what we had in 2017 at the cinema.

In brevi: It was an astounding dichotomy of auteurs operating – or continuing to operate – at the height of their powers (Guillermo Del Toro, Paul Thomas Anderson, Denis Villeneuve) and first-time directors yielding surprise gems and excitement for the future of film (Greta Gerwig, Jordan Peele).

In a year that ended with Hollywood beginning to form a new identity – the result of which may not be evident on the big screen until at least 2019 – it also gave us much to cry, scream and ponder about in the theater.

Perhaps it’s no coincidence that in the months following an incredibly epic and incredibly awkward Best Picture win by “Moonlight” – itself a eulogy to identity and the winding road it can personify itself as – some of 2017’s best movies featured heroes, villains and everyday characters grappling with theirs.

Sometimes it involved busting out a move at an impromptu dance party in Italy, other times it was shedding your identity for the entertainment of others.

And, at other times still, it involved fish sex. 2017 truly had it all.

Adding to the sea of similar pieces that represent closing a chapter and opening a new one more than anything of actual substance, here is this film critic’s top 10 films of the year. END_OF_DOCUMENT_TOKEN_TO_BE_REPLACED 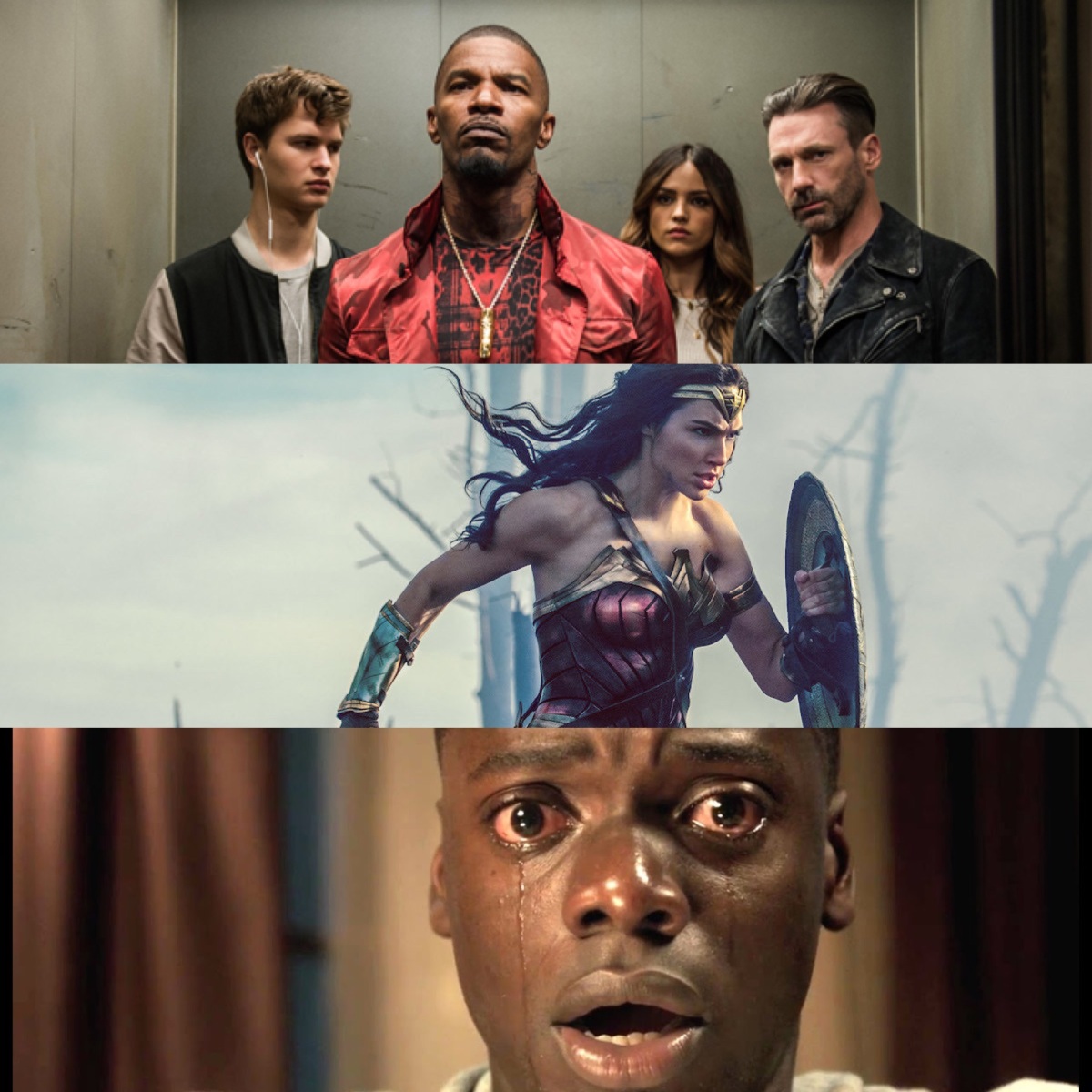 Well, ok, in the real world. But in the parallel cinematic universe that mirrors our own, it’s probably more accurate to say we’re coming up on the end of April as far as the movie year goes, what with most of the year’s best films to come as the weather gets cooler.

Nonetheless, 2017 has been supremely interesting for movies so far.

We got a 2018 Best Picture dark horse contender almost a full year early in Jordan Peele’s Get Out. Following a series of misfires, DC finally gave us a film that is both a critical darling and box office smash in Wonder Woman. After La La Land invigorated the musical last year, Edgar Wright reinvented it with Baby Driver. And, of course, Marvel Studios keeps doing Marvel Studios things. END_OF_DOCUMENT_TOKEN_TO_BE_REPLACED

“Get Out” is a film for everyone.

No, that doesn’t mean you should take your kids to see it. Rather, first-time director Jordan Peele brings us a film that is as fresh and smart as it is purely entertaining.

The genius of it all is that you can take it both ways, or just one – take your pick. Do you a want to turn your brain off to a thoroughly satisfying thriller, or engage with a movie on levels that are incessantly thought-provoking?

At a time when the pickings continue to be slim for quality horror and directors are looking for new ways to keep the audience awake at night, Peele pulls a 180 with the genre, blending scares, comedy and social commentary with a dash of searing realism. Bloody and hilarious, “Get Out” paints themes of racial tension and privilege in shades of neon when many other films might settle for a more subtle palette.

Daniel Kaluuya is Chris, the boyfriend to Allison Williams’ Rose Armitage, an interracial couple who shouldn’t seem out of place in 2017. At least Rose thinks so, as she tries to appease Chris’ nerves about going to visit Mr. and Mrs. Armitage, and the way they might react to seeing their white daughter with an African American man.

But Chris’ apprehensions begin to manifest themselves in ways that are so blatant it’s hard to believe Peele isn’t being too imaginative in the early going; he’s putting a microphone on a portion of American society that holds universal prejudices as unacknowledged as they are offensive.

Leave it to Peele – who, in a way, has been preparing this movie for years through his work on “Key and Peele” – to take the filter off that engrained prejudice, before taking the film to unexpected and crowd-pleasing extremes.

Peele isn’t tongue-in-cheek about the subject matter; he goes all in, beginning with an expertly-directed single-take prologue sequence that bluntly foreshadows the territory “Get Out” will eventually veer into. If subtle social statements in film are winks, “Get Out” is 90 minutes of cattle-prodding to the gut.

The film is strongest when it goes all out on its horror and comedic elements. In one early sequence, Rose introduces Chris to multiple very privileged white men who don’t hold back on their impressions of him. “Black is in fashion,” one proclaims to Chris, before he tries to find solace in the only other Black people in sight. He soon comes to realize there is something off about that demeanor as well, making him stick out in ways that are uber-uncomfortable.

“Get Out” is suspenseful in ways we’ve seen countless times before, but Peele has such a talent for interweaving searing, smart satire wherever he can that there are several moments that invite both feelings of tension and laughter.

It’s a bit hard, early on, to discern the right moments to do either, but the audience will know soon enough when to fully play into the joke.

The film also works for those who don’t watch their movies experiences with an intellectual perspective. “Get Out” stands out as a tight and taut thriller in its own right, with creepily menacing performances that almost get to be too much to bear before LilRel Howery – playing Chris’ best friend, Rod Williams – provides bellylaughs of comic relief.

It’s a testament to Peele’s craft that the film’s satire on assimilation and ostensibly universally-understood cultural divides comes across not as a call to action, but an emphatic wake-up call to the social situations of those that we might not even not we are marginalizing.

And it makes those statements in a way that is so universally entertaining, that the real horror might just lie in those messages not being recognized at all, until we place it in the context of our own lives and, potentially, our own prejudice

“Get Out” is rated R for violence, bloody images, and language including sexual references.