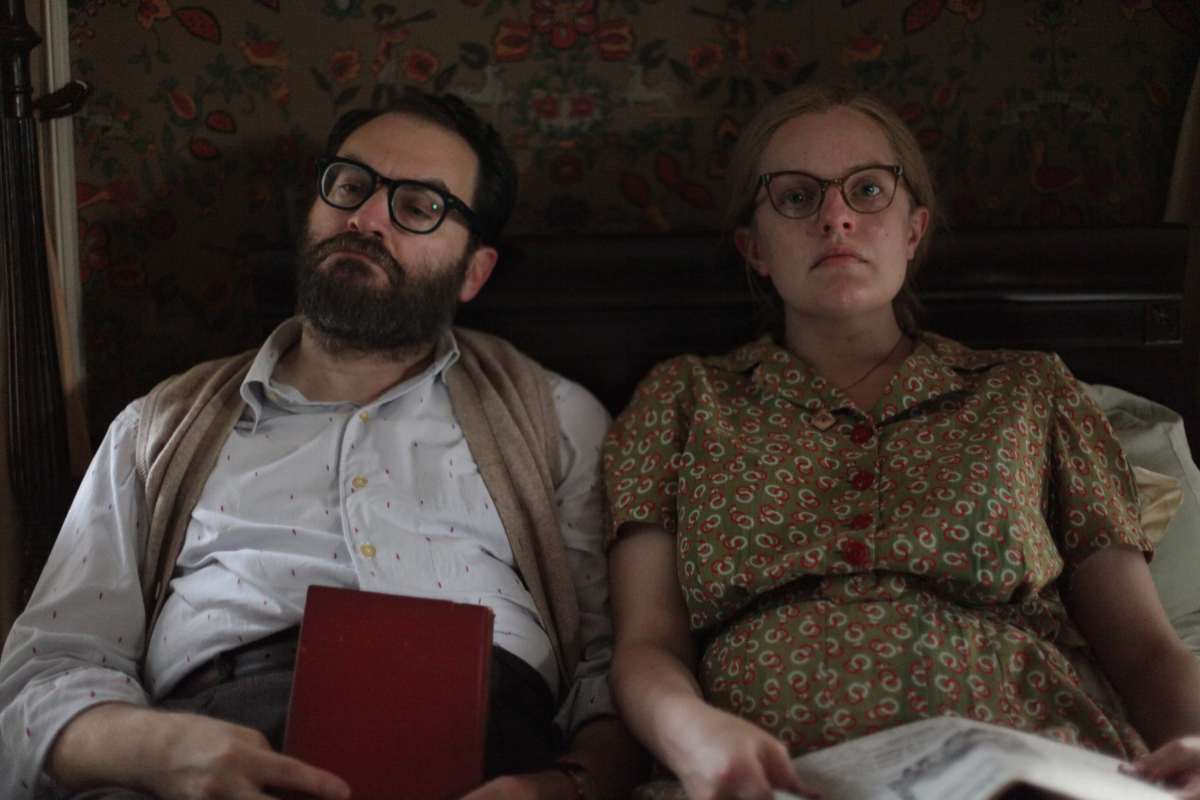 When Elisabeth Moss’s Shirley Jackson tells a living room full of fans that the next thing her character is writing is “a little novella I’m calling ‘None of Your Goddamn Business’” – coating the jab with delicious acidity – you can practically feeling yourself strapping in for another exhilarating performance from another exhilarating 37-year-old actress. As with “The Invisible Man” earlier this year, “Her Smell” last year and numerous other turns in the last decade, Moss delivers—in the way she leers and silently searches without ever betraying what’s going on behind her eyes. But she isn’t the only one cloaking hidden intentions.

In Josephine Decker’s beguiling, sexy and strange new movie, “Shirley” – about the famous 20th mystery author, and also much, much more – devilishness is a siren song. Sidestepping traditional biopic conventions, the movie is more invested in insight than fact; while “Shirley’s” narrative contours will be much clearer to the audience than Decker’s last movie, 2018’s triumphant “Madeline’s Madeline,” intentions are no less difficult to decipher (and the endeavor is no less intoxicating). Moss’s acting ability becomes more than just sheer attraction for a movie that fashions itself a thriller before taking on the trappings of psychosexual drama in a story of muse and artist, although the tale is less “Portrait of a Lady on Fire” and more akin to something Edgar Allen Poe would have dreamt up. END_OF_DOCUMENT_TOKEN_TO_BE_REPLACED 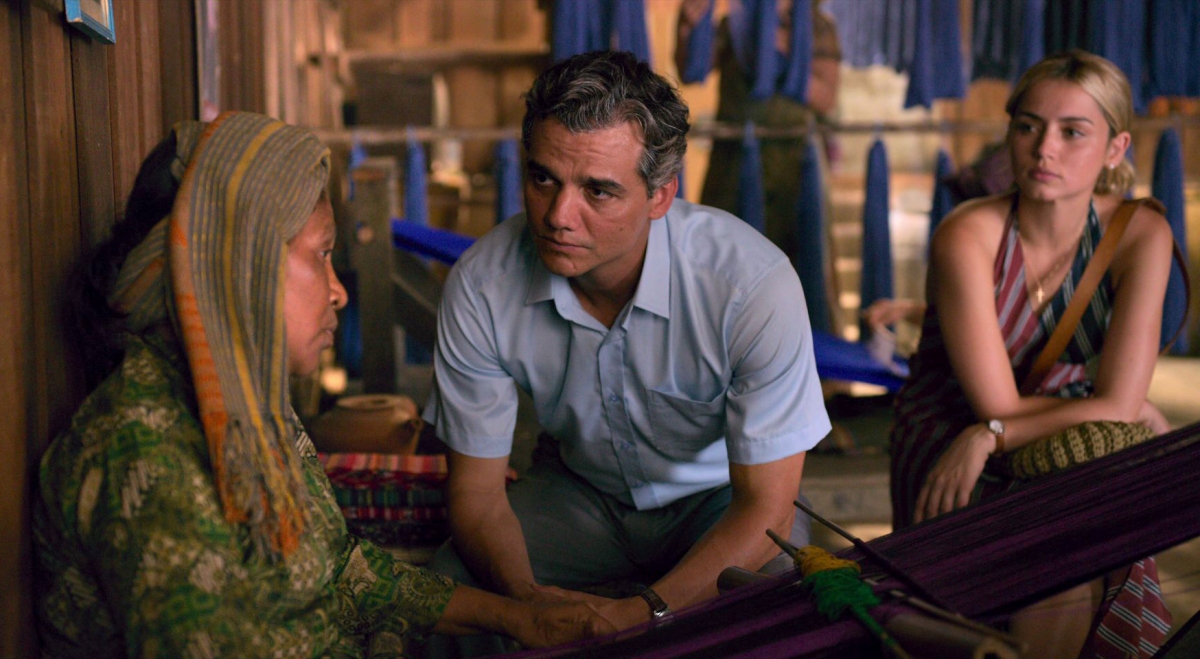 The early scenes of “Sergio,” a convoluted political biopic that hits Netflix Friday, suggest a movie that would have rather been a documentary in its telling about a Brazilian-born diplomat killed in a terrorist attack in post-Saddam Hussein Iraq. A quick glance at director Greg Barker’s filmography and you’ll spot that – aha! – the experienced documentarian made one in 2009 of the same name and subject matter for HBO, to the tune of an Emmy nomination. It’s natural to wonder: Is Barker’s fascination that acute, or does the familiar material simply make for stable ground on which the director can create his first narrative feature?

Arriving in Baghdad as George W. Bush declares a new era and recycled newsreel catches the viewer up (or throws us back), Sergio Vieira de Mello is a United Nations representative on a mission—and he’d rather it be accomplished on its own terms, and not those of White House envoys. How his assignment to bring things under control will end isn’t a mystery the movie dangles over the viewer. It’s in the first five minutes that we see him gasping for breath under rubble, sparking a “Ladder 49”-style structure as the fragmented film skips through years and cinematic tones, turning recent history into a game of hopscotch as it struggles to compromise intimate observations of its title character with the admirable goal of educating us about a rare caliber of sympathetic political deal-broker. END_OF_DOCUMENT_TOKEN_TO_BE_REPLACED

From its opening moments, no one’s going to make the mistake that Dexter Fletcher’s “Rocketman” – 120 minutes of the life and times of Sir Elton John – isn’t about someone destined to be a star. A sparkling sheen worthy of the flamboyant rocker imbues the movie’s spirit before we even see him, enough to provide a jolt of familiarity even to those who can’t tell “Crocodile Rock” from “Your Song.”

But “Rocketman” isn’t just a flight of celebrity fancy—the opening seconds, however cathartic, is a bait-and-switch with an effectiveness in line with how much you really know about Elton’s life. And when the cinematic energy reaches stratospheric heights after a slightly turbulent bit of setup, the movie bares its ambidexterity at painting the portrait of Elton John not as a star, but as a comet—at once a a majestic force burning through records sales charts and sold-out stadiums and also an an enigma of self-destructive tendencies, hurtling through the vast space of celebrity at speeds none can be expected to smoothly navigate.

END_OF_DOCUMENT_TOKEN_TO_BE_REPLACED

[This article was originally published on KENS5.com, and can be viewed here.]

SAN ANTONIO — Search the internet for video evidence of Ritchie Valens’s iconic-but-all-too-brief career as a Latino rock pioneer, and you’d find yourself searching for hours.

In fact, there’s only one bit of footage that’s easily found on YouTube—a brief performance by Valens in the 1959 movie “Go, Johnny, Go” that sees him crooning to some club-goers. That film is only 75 minutes long, features the likes of Alan Freed, Chuck Berry and Eddie Cochran, and was released four months after Valens died in a tragic plane crash at just 17 years old.

The real-life story of Valens was over right as its second chapter was beginning. But its first has had such a profound impact on pop culture – specifically the timely infusion of Chicano influence into rock ‘n roll as the genre was beginning to blossom – that it’s easy to forget the California musician’s professional career lasted less than a full year.

That brevity also made things a bit difficult for the young actor who would portray Valens 28 years after his death in the film named after his biggest hit, “La Bamba.”

END_OF_DOCUMENT_TOKEN_TO_BE_REPLACED

A fist is raised. Feet are stomped. A guitar riff rings out. And a legacy is cemented.

The final 20 minutes or so of the new Freddie Mercury biopic/Queen story – it isn’t quite clear – is essentially a mini Queen concert, specifically recreating the band’s 1985 Live Aid appearance. It’s the prime reason why at some point, someone has recommended you watch “Bohemian Rhapsody” on the biggest and loudest screen you can.

The suggestion has legs, though to somewhat of a fault. It’s an energetic and appropriately entertaining sequence driven to an obsessive pursuit to include every detail from the real-life event, exhibiting as much authenticity as is absent in the previous 100 minutes of the film.  END_OF_DOCUMENT_TOKEN_TO_BE_REPLACED 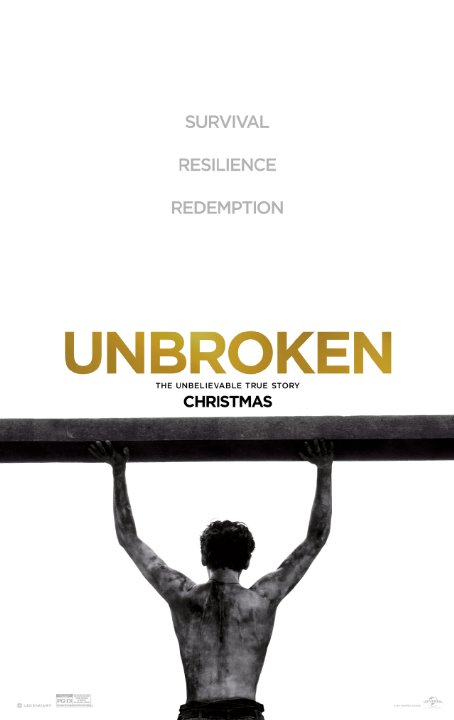 In recent years the Academy of Motion Picture Arts and Sciences has had an unceasing infatuation for the historical drama; period pieces centered on a protagonist who must overcome some – or several – obstacles before he eventually triumphs. It’s come to the point where it’s easy to tell which films Oscar voters will immediately fall head over heels for because the Academy’s consistently conservative nature has become easy to predict.

Many people – this critic included – would like to see the Academy become more inclusive of all genres on a more even playing field. Not since The Lord of the Rings: The Return of the King went 11-for-11 on Oscar night in 2005 has such a blockbuster and crowd pleaser also had the honor of taking home the coveted Best Picture honor, although many a film have certainly been deserving. It’s become somewhat frustrating for many people.

That being said, Angelina Jolie’s second directorial effort – stronger than her first on all counts, and then some – fits all the traits necessary for being in the running for Best Picture. It’s historical. It’s a period piece. It endures hopelessness which leads to triumph. And bonus points – it’s a true story.

What sets Unbroken apart from other clichéd films of its genre is that its story is so well crafted and told that it would be deserving of being named the best film of 2014.

Unbroken tells the story of Louis Zamperini, a U.S. Olympic runner who is sent to war against Japan, and eventually is a prisoner of the enemy. He endures a tormenting amount of abuse at the hands of his captors – one nemesis, to be specific – as he and his comrades do their absolute best to exact revenge – by living to see another day.

Unbroken is as visually gripping as it is emotionally arresting.

Unbroken is tense from the opening sequence and that mood lingers throughout, our only solace being flashbacks to Louis’ life before the war, when he represented his country in a different way. Jolie strives for two hours to make Louis’ ordeal just as painful for us as it is for him, and she succeeds on all fronts. It isn’t easy to sit through some of Unbroken’s more unforgiving scenes, and damn near impossible to not sympathize with what the POWs are going through.

Although the way we get there is by no means comfortable – a credit to Jolie’s direction – by the time the credits roll it becomes clear that she has created an endearing tribute to the power of the human spirit. Unbroken is as hopeless as it is uplifting, as powerful as it is straightforward, and as honest as Louis himself.

The strength of the film’s early half is how it manages to make coherence out of the flashbacks to Louis growing up as a person and as an athlete, in what may seem as a whole other movie entirely due to his situation. While some directors may have been satisfied as simply going through the motions and showing what Louis did before the war, Jolie shows with flawless storytelling how Louis the soldier came to be. His life was never short of overcoming obstacles, as the flashbacks show.

The film is at times unapologetically bleak and daunting, each scene and method of torture to Louis raising the emotional stakes further and further, but make no mistake that it pays off in the end. When Louis finally proves himself to be stronger than his captors, it’s hard not to stand and applaud. That’s a credit to Jolie’s direction and accomplished vision as much as it is to Joel and Ethan Coen, who have strayed from their usual style of cinema to deliver their most epic screenplay yet.

Jolie makes sure to give intimacy to every character, but the humanity she gives Louis is on a whole other level. You become fully invested in him from the start, and remain that way through his trials, which at one point shows him literally taking up his cross. Through it all he is undoubtedly one of the most satisfying characters to come out of 2014.

O’Connell will make you feel every bit of pain that Louis is forced to endure.

Although the film’s bookend acts are dutiful in keeping the audience’s attention, the middle act begins to lag a bit as some of the film’s more grisly details mount up and the plot becomes impatient with itself, and us along with it. The pace slows down a bit too much for a short stretch as Jolie attempts to build a meaningful relationship between Louie and his primary tormenter, in a way that doesn’t truly become so until the very end. Thankfully, once we get a change in scenery things start to pick up again.

Louis is played impeccably by Jack O’Connell (300: Rise of an Empire, Starred Up) in a role more physical than many we’ll see this year. He effortlessly translates his pain into a sense the audience also experiences, and he is written in such a way that O’Connell is able to become the type of person that we can easily root for.

In the end, Unbroken is a story that starts and ends with Louis, and that becomes apparent with how the film prioritizes different triumphs in the film’s third act. It is a biopic beyond anything else, one which inspires as much as it horrifies and teaches us as much about the darkness as it does the light that we sometimes take for granted.

Well-written, well-acted, and excellently directed by one of Hollywood’s leading ladies, Unbroken sets forth the daunting task of enduring the torments that Louis is forced to go through, and it pays off in a profound and moving way.

Unbroken is rated PG-13 for war violence including intense sequences of brutality, and for brief language