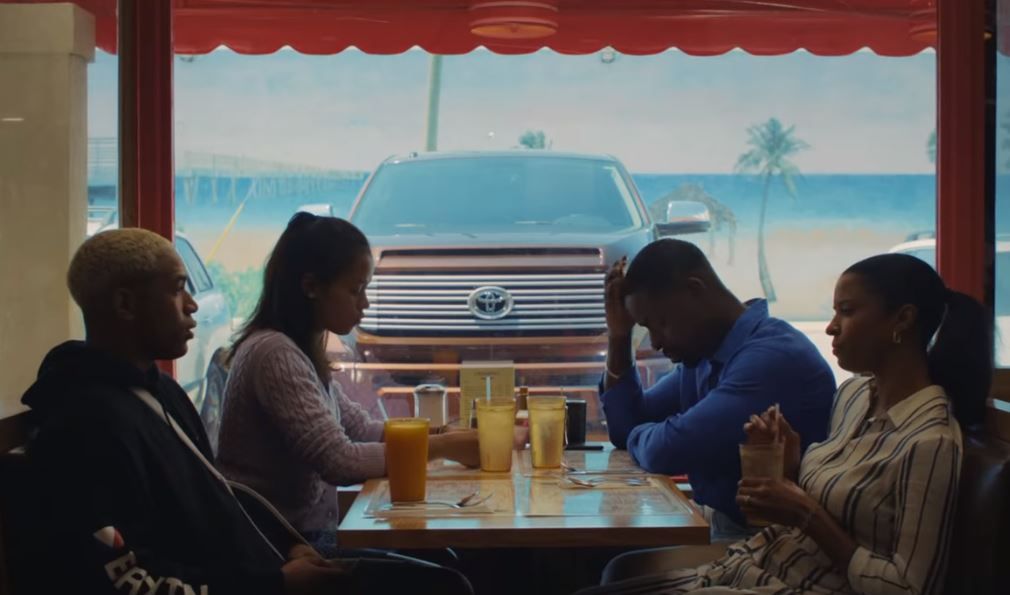 This review was first published on KEN5.com, and can be viewed here.

Trey Edward Shults is allegedly the director of the new A24 drama “Waves,” yet it’s impossible to imagine anyone “directing” this intensely naturalistic movie – the year’s most unbearably honest – in which storytelling agendas takes a backseat to the mysterious, often-dizzying pulse of life itself.

For those who go to the movies seeking temporary escapes from reality, “Waves” will perplex: There’s no place for traditional structure or plotting in its observations of an ostensibly ordinary black American family. Consequences and implications stretch far, far beyond its 135 minutes. And the most easily-discernible decision by Shults in guiding the movie’s events – the thing I found myself responding to with shifting loyalty before giving in during the film’s sublime final half-hour – is a complete submission to the idea that the movie’s events should actually guide him. That experimental nature, at first, feels like it limits “Waves.” Then it becomes the air under its magical wings, lifting it into something wondrous in its universality—and into the upper echelons of 2019’s most memorable movie-going experiences.

“Waves” anchors its start on high school teen Tyler Williams (a stunning, go-for-broke Kelvin Harrison Jr.), though nothing about our meeting him is anchored, really. We’re lurched into the frenetic pace of life as a 17 or 18-year-old in the social media age, cinematographer Drew Daniels matching the seductive thrum-thrum-thrumming of Tame Impala with a camera that spins through cars and classrooms and adolescent impulse with such boundless energy that you may not want to eat lunch 30 minutes beforehand. Whirlwind images of wrestling practice, meeting his girlfriend’s eyes, scream-singing in a car on the highway with eyes everywhere but the road—we’re not just watching Tyler experience life. “Waves” insists we experience it with him, by forcing a bottle of cinematic Adderall down our throats. END_OF_DOCUMENT_TOKEN_TO_BE_REPLACED