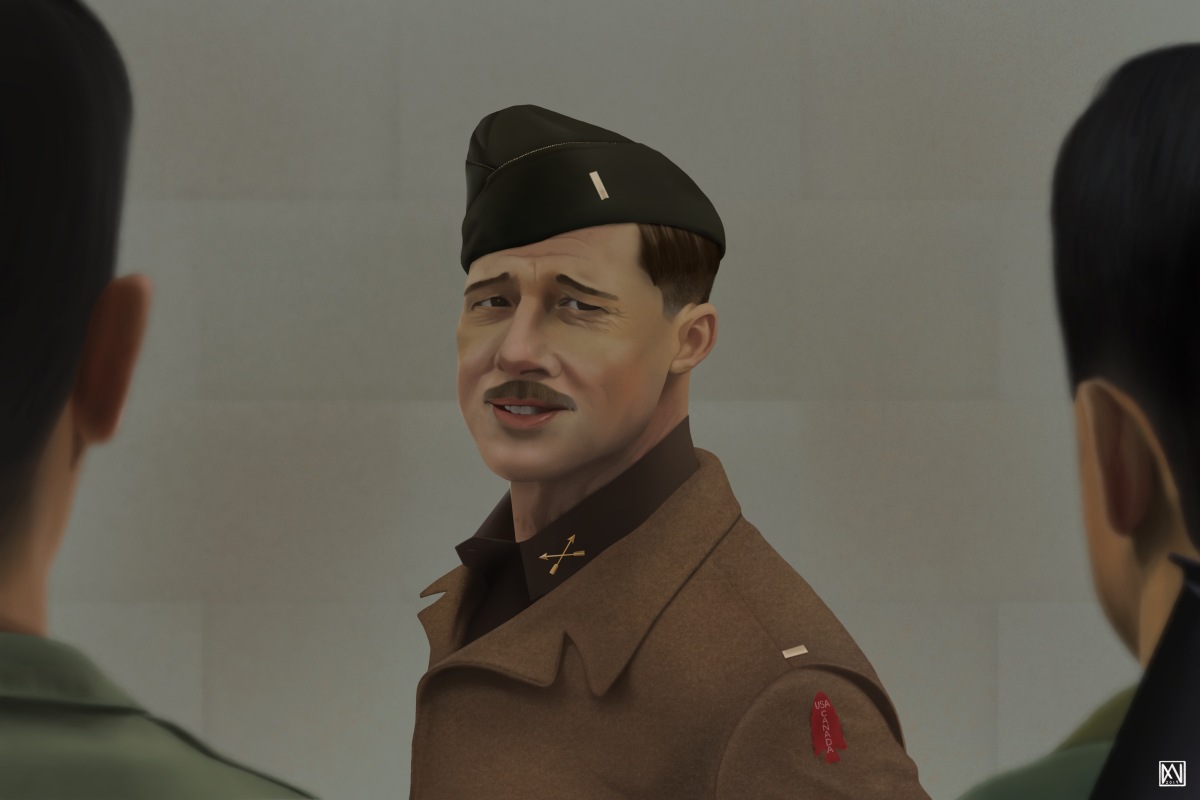 “Quite frankly, watching Donny beat Nazis to death is the closest thing we ever get to going to the movies.”

Brad Pitt’s Lt. Aldo Raine, the Tennessean harbinger of death and caustic quips in “Inglourious Basterds” – Quentin Tarantino’s best movie, and released 10 years ago this month – says that line in passing to a swastika-bearing Hitler footsoldier in the backwoods of France before the Bear Jew comes out, bat in hand, and, as advertised, proceeds to beat a Nazi to death.

The Basterds hoop and the Basterds holler like they’re at a movie where hooping and hollering goes unpunished, and so do we. It’s an explosion of catharsis, a bloody denouement to the suspense built on the words of Tarantino’s epic screenplay. The writer-director allows us to breath a guilty sigh of relief—the standoff has ended. And it ends for the better; the other Nazis in their capture don’t want their heads bashed off by an exuberant Eli Roth channeling his inner “Teddy Fuckin’ Ballgame” and wielding his bat with the might of an entire people behind it, and immediately provide the information Aldo was searching for. END_OF_DOCUMENT_TOKEN_TO_BE_REPLACED