4th & Inches is a weekly discussion during the NFL regular season, playoffs, and occasionally during the offseason of all things football – the good, the bad, and the Oakland Raiders. Some weeks all games will be discussed. Some games three games will be discussed. Topics will range from quarterback play to the dictatorship structure of the league to trending topics.

As a whole, the purpose of 4th and Inches will be exactly what the name suggests. As a team on the field often is in desperation mode when it decides go for it on fourth down and inches, these blog entries will be a desperate attempt to make sense of what is going on in the National Football League.

If you have any topics you wish to see discussed on 4th & Inches, or any comments at all, you can suggest/comment/rant/agree/disagree at any time on Twitter @RealDavidLynch.

A legend is born, for all the wrong reasons

Lindley now has the distinction of being the quarterback – of about the 37th string variety – who led an offense to an NFL playoff history-worst 78 net yards.

Seventy-eight offensive yards. In the NFL. In 2015.

How on earth did this game finish with a score of 27-16? The same reason Arizona will win one dubious NFL distinction – Bruce Arians, head coach extraordinaire.

Arians continues to be masterful calling plays, creating schemes, and always keeping his team in it, no matter which quarterback gets injured on a given week.

Arizona’s defense, too, continued to play with the extraordinary amount of heart that they showed in the regular season when Carson Palmer went down, when Drew Stanton went down, when all hope was lost, when they had no business winning football games in the Golden Age of the Quarterback in the NFL.

Defense kept Arizona in the game. But they couldn’t overcome the tropes of modern pro football and win a game with a quarterback even Cardinals fans hadn’t heard of a month ago. Rather the opposite happened; with each drive Lindley led, Cardinals fans were forced to take another drink and another drink so the miserable performance could become more bearable.

It’s nothing against the Cardinals, really. They gave their best effort against a Panthers team that won its last four games by a combined score of 111-43, led by a rejuvenated shutdown defense oftheir own and a humbled and dynamic Cam Newton. Carolina became the second team with a sub-.500 regular season record to win a playoff game (Seahawks over Saints in 2011), and they look like an under-the-radar NFC team ready to make some noise.

Maybe defense will win a championship this year. Maybe it’ll be Carolina’s, or the Legion of Boom once again. But it couldn’t even help Ryan Lindley on Saturday, or dissuade the bitter aftertaste of the worst offensive performance in NFL playoff history.

The Ravens over the last five or six seasons have perpetually been one of those teams that linger outside the spotlight for the majority of the season…watching…waiting…doing seemingly the bare minimum to sneak into the playoffs, where they tend to then undergo metamorphosis into a team whose lives depend on reaching the Super Bowl.

At least, that’s what happened on Saturday, where they began another potential Super Bowl run by spelling doom for three parties in different ways: the Pittsburgh Steelers, the New England Patriots, and this writer, whose Super Bowl prediction was busted on the first day of the playoffs.

My completely educated and supported theory guess that Big Ben would face off against the Seahawks in (probably, maybe) his last good shot at another championship in February seemed fairly possible, at least in my head.

Then Flacco happened. Those pesky Baltimore Ravens, who have now won the most playoff road games in NFL history (10) are a whole other team when January rolls around, as we all tend to forget and as the Steelers found out. With star running back La’Veon Bell out, Roethlisberger would have to be relied on more than usual if they were to pull out a victory against their rivals.

Roethlisberger didn’t come through, Baltimore’s front seven did, and Tom Brady might be shaking in his shoes today as a result.

For 1st time in Baltimore history, Ravens beat Steelers in the playoffs. pic.twitter.com/7etcpMxK2n

I had said that I thought the Steelers are the only team who could legitimately threaten New England on their own turf, but seeing how the Ravens played on Sunday, Brady will still have his hands full next weekend, perhaps even more so. In reality we shouldn’t be surprised, seeing as how both Pittsburgh and Baltimore reside in the AFC North, which is the boxing ring of National Football League divisions. They play an extremely similar style of physical football, a style that their rivalry is built upon, and ol’ Joe Flacco has proved he can play with the best of them in the playoffs.

We’ve got a week to decide.

What are we even supposed to make of Andy Dalton at this point in his career?

After a 26—10 Wild Card loss at Indianapolis, in which they scored a grand total of zero points in the second half, Dalton becomes only the second quarterback to lose his first four postseason starts. To put it mildly, his career is reaching the point of comedy. The correlation of how much he makes to his playoff success is a pain to look at.

So Andy Dalton has still never thrown a playoff pass with a lead. Unbelievable, really. #ColtsWTHR

He was coroneted the Bengals’ Messiah in 2011 but after three seasons Cinci has yet to win their first playoff game since 1990. He’s put up pretty numbers, sure – like joining Cam Newton, Peyton Manning, and Andrew Luck as the only quarterbacks to throw for over 3,000 yards in each of their first three seasons – but those numbers are virtually transparent when his playoff success, or lack thereof, is so dismal.

It’s tough to envision Dalton holding up the Lombardi Trophy at any point in his career, no matter how hard we try, and that speaks to the bigger picture of a growing disparity between quarterbacks in the NFL.

The gap between elite quarterbacks and slingers who lack “it”, that undefinable quality which makes them winners, is growing at an alarming rate. NFL quarterbacks either have the stuff to win a Super Bowl or they don’t, and it’s becoming pretty easy for even the fan who only watches football two weeks out of the year to categorize. As far as this year’s playoff slingers go, Dalton falls into the latter category, as do (for now) Cam Newton and Matt Stafford.

The other quarterbacks – including Luck, Tony Romo, Russel Wilson, and Tom Brady – have varying levels of “it”, but make no mistake that they have it, whether they proved it in the regular season or by winning The Big One previously. They also have varying levels of postseason success, but that doesn’t matter when the subject of a player having “it” is oftentimes so clear. “It” is not an ostensible quality. You either have it or you don’t.

Quarterback parity in the NFL isn’t extinct. It probably isn’t even endangered. However we’re at a point where several quarterbacks have shown a lack of the unteachable qualities that place them on lower tiers of NFL Quarterbackdom. There is less and less of a middle tier of quarterbacks who show promise and instill hope, but have no rings to show for it, and perhaps only Philip Rivers resides on it.

Meanwhile, in the sports netherworld…

“You beat cancer by how you live, why you live, and in the manner in which you live. So live. Live. Fight like hell. And when you get too tired to fight, lay down and rest and let somebody else fight for you.”

Hope heaven has a nice desk for you, Mr. Scott. RIP. 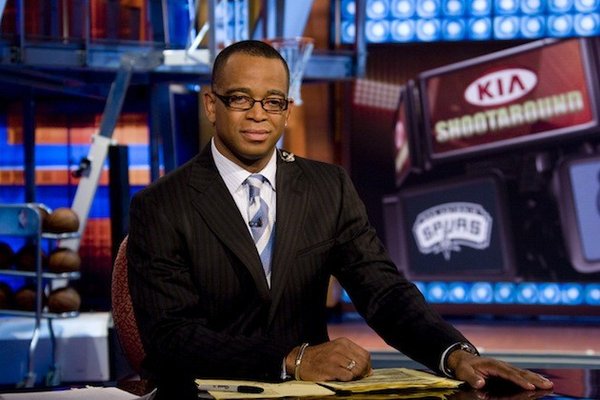 David Lynch likes to talk about and write about movies, sports, and important happenings around the world. He can be reached at alex.695@hotmail.com or on Twitter @RealDavidLynch.